Chicago DEI Series - Post 4 - Diversity, Equity and Inclusion: Where does disability fit in? 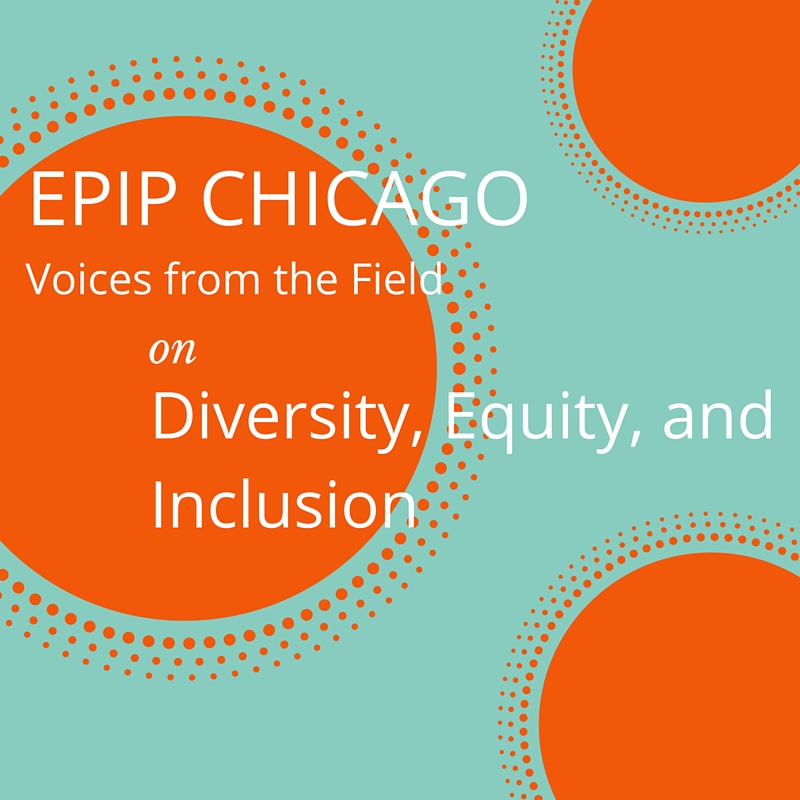 During the planning stages of a recent local conference, an Access Living organizing group met with the event leaders. They stressed the need to integrate the voice of disability into workshops and breakout sessions of the conference.  “Don’t worry,” the Access Living organizers were told, “We are planning a workshop specifically on disability issues.”  Though the intent of the event planners was on target, the execution wasn’t.  Access Living didn’t want a single workshop. In order to be inclusive of the disability community, questions of social and physical access and inclusion need to be a part of all panels, discussions, and break out groups.

All too often people with disabilities are siloed into a separate area rather than integrated into stakeholder discussions and decision making on critical human services issues such as housing, transportation, education, employment and health care.  The result is that the voices, concerns, and needs of people with disabilities are treated separately, or as an afterthought.  Disability is not included on the front end of planning, decision making and policy.  When attention does turn to disability, it’s often too late.  Plans have been developed. At that point, including disability is too expensive or too inconvenient.

Grant making is not immune to this approach to disability.  Foundations that support a spectrum of human needs issues have told Access Living, “Disability is not our issue.” This view is short sighted.  Education is a disability issue. Health care is a disability issue. And housing is a disability issue, just ask the hundreds of people who call Access Living each year looking for affordable, integrated housing.  Whether funding research, organizing or policy, grant makers need to realize that people with disabilities are part of the whole that will be touched by foundation work. When foundations fail to include disability, they contribute to the widening gap between non-disabled and disabled outcomes.

Two recent reports reflect that gap. A Ruderman Family Foundation White Paper released in early March 2016 found that “Disabled people make up a third to half of all people killed by law enforcement officers. Disabled individuals make up the majority of those killed in use-of-force cases that attract widespread attention.”  Yet, disability rarely is part of the conversation around this events.

The report Opportunities Suspended: The Disparate Impact of Disciplinary Exclusion from School from the Civil Rights Project at the University of California Los Angeles found that, in Illinois, suspension rates were at about 25% for African American Students and nearly 42% for disabled African American Students.  The intersectionality between disability and other marginalized communities underscores the need to refocus how we approach disability.

The employment rate is dismal, but in 2014, new regulations required Federal Contractors to set a goal of hiring people with disabilities as seven percent of their workforce.

The hiring goal sets an example for all to follow, including diversity initiatives across business, non-profit and philanthropic communities. Traditionally, while diversity initiatives and affinity groups engage race, ethnicity, gender and sexual orientation, disability is not part of the matrix. This oversight ignores from 10 to 20 percent of the population, fails to recognize disability’s impact on social issues, and fails to recognize the connection between disability and other populations. Foundations and nonprofits that embrace the “Nothing About Us, Without Us” philosophy need to extend that approach to inclusivity of disability on staff, in the board room, and in the cultural competency of grantees. When we’ve done so, then we can move closer to a true 21st Century vision of diversity, inclusion and equity.

In the wake of the 25th Anniversary of the Americans with Disabilities Act, now is the perfect time to bring disability into the fold of diversity and inclusion.  Last year, through ADA 25 Chicago, an initiative of the Chicago Community Trust, hundreds of organizations across Chicagoland committed to projects to increase access and inclusion. This included Forefront, formerly the Donors Forum of Chicago, which hosted five trainings that offered guidance to nonprofits on how “they can increase inclusion for people with disabilities in the Chicago region.”  The goal of ADA 25 Chicago was to make an impact that goes beyond the anniversary year.  Now that the calendar has turned, the question is, “Will the efforts to create meaningful change continue beyond the anniversary?”