We Who Believe in Freedom Cannot Rest

Posted by Francesca Larson on December 17, 2013

Leadership Lessons from Madiba, Newtown & Beyond: We Who Believe in Freedom Cannot Rest 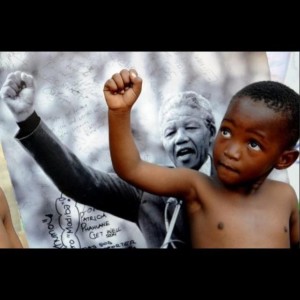 Last weekend’s events were significant to many of us, myself included. The anti-apartheid and human rights leader, Nelson Mandela - known affectionately as Madiba - was laid to rest by the nation of South Africa. Closer to home, the small Connecticut town of Newtown grieved quietly and privately as our nation recognized the first anniversary of the Sandy Hook Elementary School tragedy. Globally, we've made progress toward improving the lives of the oppressed. I was fortunate to witness some of these gains firsthand during my travels to South Africa on the 10th anniversary of Nelson Mandela's election victory in 2004 and at soccer's World Cup in 2010. The sense of accomplishment and unity across races was undeniable at both events.

However, our work is not done. Wealth disparities and unequal access to opportunity oppress millions across the globe with little chance of escaping poverty. Human atrocities such as the Newtown shootings and daily gun violence in urban centers like Chicago move us to take action. In the words of Dr. Bernice Johnson Reagon: "we who believe in freedom cannot rest."

Our work isn't done. Madiba offers us lessons of how we can continue fighting for a just and equitable world in the face of a hyper-partisanship and entrenched power.

EPIP pushes it's members to reach a high leadership standard. Together with the Joint Affinity Groups, we are preparing for the June 2014 Unity Summit in Washington, DC to Advance Equity Together. Further information on how to get involved in a variety of committees is forthcoming. And, if you haven't already, migrate over to the EPIP blog for Reflections on EPIP's PCN Gathering, Giving and Receiving, and Beans & Cornbread, Part II.I hope we follow Madiba's example. We will not rest until freedom comes, for all people.
#DoGood
Rahsaan Harris, PhD
Executive Director
Emerging Practitioners in Philanthropy (EPIP)
social justice racial equity DoGood
Do you like this post?
Tweet