Transparency, Inclusion and Collaboration: Three ways philanthropy can take its own medicine

Posted by Francesca Larson on February 03, 2014 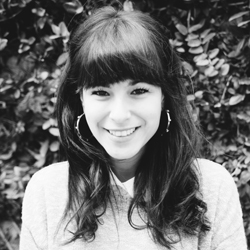 In philanthropy, we are working each day to make the world a more open, inclusive, and participatory place. A place where marginalized voices are heard and smart solutions that work rise to the top. But, we have lagged behind in modeling the behavior we want to see in the rest of society.  With some notable exceptions, the way we as philanthropic institutions currently engage is not only inconsistent with our current values, but also behind the times in which we live.

This is nobody’s fault. Foundations today are primarily top-down institutions, and changing “the way it’s always been” is hard.  In many cases, foundations desperately want to engage but don’t really know how, or feel they lack the appropriate tools.   As a social change advocate who grew up in a time when most platforms are expected to be crowd-powered and open-source, I want nothing less for my field.  The good news is that the field is constantly developing new tools and capabilities to help philanthropy put these values into practice.   Let’s talk about some of these values and opportunities to advance them in our own work.

As funders, we ask for full transparency from our grantees -- impact reports and financial records at the very least. At the Goldhirsh Foundation, we ask our grantees to tell us about roadblocks early on, so that we can help. We want to be considered partners, and expect honesty.  What would happen if we all held ourselves to these same standards for impact and disclosure?

Ways to change it

New tools and platforms allow philanthropy to embrace transparency more easily than it could in the past.  IssueLab – a project of the Foundation Center – allows foundations to upload case studies, evaluations, white papers, and issue briefs, and ensures that the content is both archived and accessible. GlassPockets, another initiative of the Foundation Center, champions philanthropic transparency by inspiring private foundations to adopt openness in their communications and by highlighting where philanthropic dollars are going. Tools like these make philanthropy more transparent and streamline access to knowledge generated by philanthropy.

Share your institution’s financials on GlassPockets and your publications on IssueLab.

A fundamental issue seems to be that as foundations, our funding strategies are developed in isolation rather than in consultation with the people and organizations we seek to benefit. As a result, the impact is piecemeal, and not nearly as lasting or transformative as it could be.

Ways to change it

There are great examples of foundations who are dramatically embracing inclusion in their grantmaking.  The Vancouver Foundation youth grants are administered by their Youth Philanthropy Council – made up of Vancouver youth from diverse backgrounds. The youth not only decide who gets the grants, but also, how much. Their youth are actively engaged and strong advocates for the work of the foundation.

Other great examples include the Durfee Foundation in California, who consistently rely on former grantees to help decide which individuals and projects to fund today, or the Raymond John Wean Foundation in Ohio, whose board includes a diverse mix of community voices. One action step

Review this comprehensive report by Grantmakers For Effective Organizations on the benefits and types of grantee and public engagement, and find one action your institution might put into practice.

One area in which philanthropy is getting stronger is collaboration. Funders increasingly encourage and/or require collaboration amongst their grantees, and are also starting to adopt the practice themselves, with an eye towards leveraging greater impact in the ecosystems in which they work.  Over the past few years several funders collaboratives have formed, and Collective Impact (which had its third birthday this January) is gaining traction.

Ways to keep the momentum going

Collaboration does not have to be a large effort. There are low-touch ways for foundations to learn from one another and develop solutions together to make all of our work more streamlined and more effective.  The field is making progress in developing better feedback loops with other funders and grantees, and efforts like the National Neighborhood Indicators Partnership are even making progress in establishing common performance measurements and sharing data.  New advances in Big Data and data visualization and analysis should only accelerate this trend.

PUTTING THESE VALUES INTO PRACTICE: MY OWN EXPERIENCE

At the foundation where I work, the Goldhirsh Foundation, we sought to create through our LA2050 initiative a shared vision for the future of Los Angeles, and to track and drive progress toward that vision.

To create this shared vision we wanted and needed public participation, but did not have the capacity to conduct a large scale public deliberation.  So, we played to our team’s strengths: We built a brand that people wanted to engage with; we used digital media to collect thousands of visions for the future; we crowdsourced $1,000,000 in grants; and we brought together leaders in business, government, and the social sector to talk about how we are going to change the future of Los Angeles, together. And, demonstrating their willingness to collaborate, the Annenberg Foundation even pooled some of their own resources and funded an additional ten projects to move LA2050 forward.We celebrate the successes we’ve had with our incredible partners thus far, but also recognize that (1) our approach is one of many possible ones, and (2) our efforts so far are only a tiny portion of what’s needed to make change at the scale we’d like to see, and it’s going to require much more collaboration and inclusion with Angelenos to really move the needle. But if we are able to embrace the medicine we’ve so often prescribed to our grantees – we are optimistic that we’ll get there. What can your foundation do to catch up with the times, and emulate the society we are trying to build?  And what can we do together? This blog is one of many by EPIP members exploring what it means to do good in the 21st Century.  To see more about what we’re doing, click here. #dogood

SHAUNA NEP is the social innovation manager at the Goldhirsh Foundation. She has a background in program development, and in mobilizing online and offline engagement with various organizations in Los Angeles. She previously worked in programming at the Urban and Environmental Policy Institute at Occidental College and as program director of the Woolly School Garden Program. She has a master’s degree in bioethics from New York University.  She is also a proud member of EPIP-LA.  This post represents Shauna's own opinions. Art by Shauna Nep