Thanks, Michael! We're Going to Miss You. 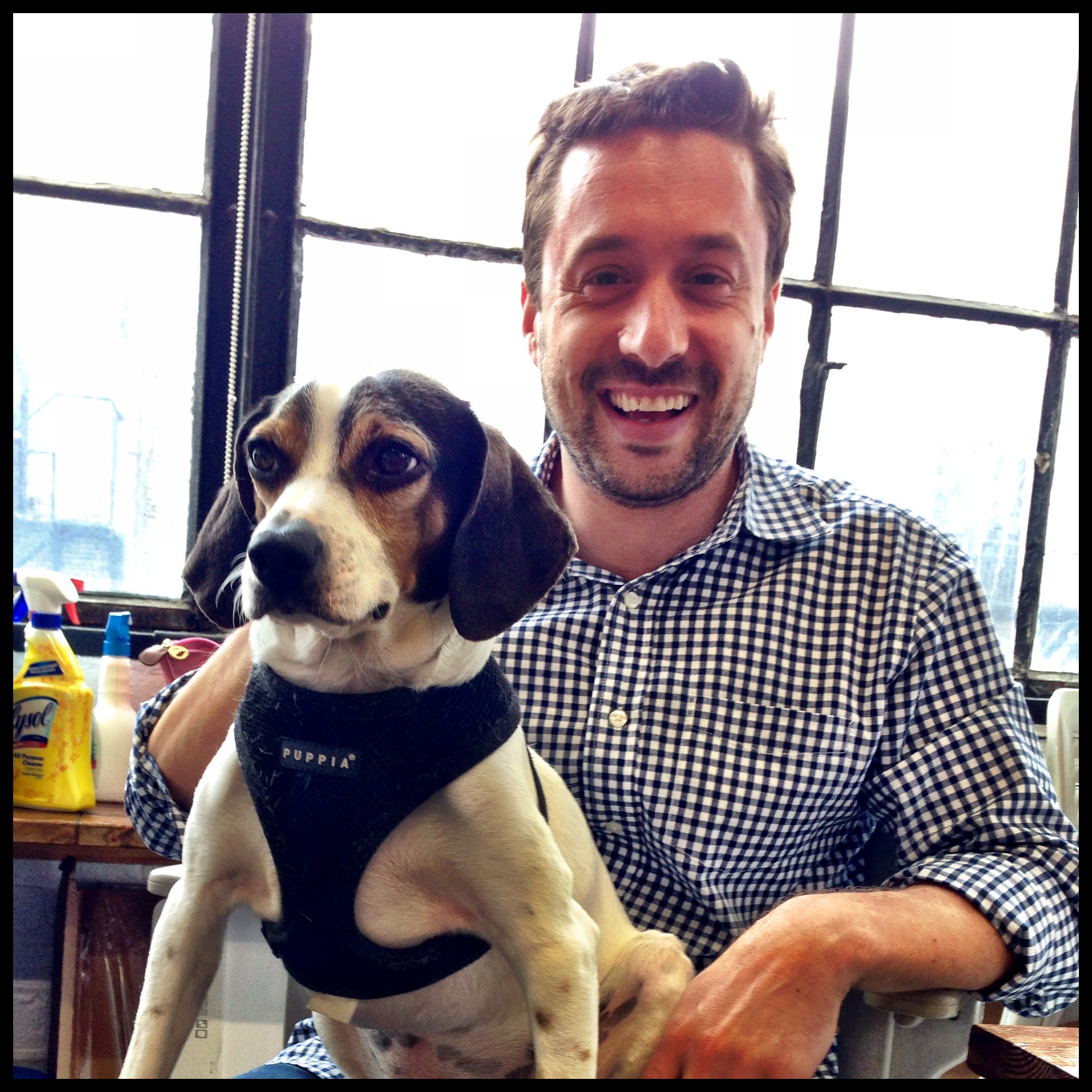 This month has been a very crucial and relatively important one for us here at EPIP. We’re going through a series of exciting changes and updates at our New York Office. This session of Voices from the Field is a special one indeed as we announce the departure of our Membership and Operations Manager Michael Barham. For the past couple of years, Michael has helped maintained the smooth flow of all things EPIP; from its chapter leaders, our members as well as our frequent conferences-Michael’s passion for equal opportunity through a philanthropic lens has added much value to our organization. We are grateful for Michael’s work and continued efforts in helping our organization expand whilst providing a multitude of resources and ideas to philanthropy as we remain committed to the advancement of social justice.

Michael leaves us on August 21st. We’ve scored an opportunity to sit down and talk with Michael as he reflects on his time here at EPIP. Check out our interview below to view his thoughts and contributions as we bid his bittersweet farewell.

As you know, we’re extremely sad to see you go. Do you mind elaborating a bit on how the work you’ve done for EPIP has aligned with your personal goals and interests?

That’s a great question. My parents were both teachers - I even contemplated being a teacher early on in my career. I’ve always been interested in education and in getting opportunities to people who might not otherwise have access to them. This is central to what EPIP does. EPIP is also a unique space for people to connect, and I’ve slowly learned that connecting people is something I relish. Obviously this is not a typical classroom setting, but my time here has hopefully provided passionate folks with an opportunity to learn - which is ideally what a good teacher does. In those ways it has really aligned with my interests.

What do you believe are the highlights of your time here at EPIP?

We’ve had lots of fun at EPIP. I’ve been proud of the work we’ve done to build and systematize processes (clearly I’m an operations geek!) and also to build the infrastructure for long term success. In terms of more individual achievements, being a part of the group that organized the JAG Unity Summit in 2014 was a major highlight. Uniting multiple organizations and personalities around a really unique conference focused on equity and social justice philanthropy, and learning from so many of the really talented people involved was an amazing experience. Another major highlight was the the 2015 EPIP conference in New Orleans. This was a wholly different type of challenge - organizing a conference in as little as four months, with a much smaller team. But we were able to go beyond our limited capacity to highlight great work in the sector, ground the conference in the city and issues of the region, add some local flavor, and exceed expectations. It kept me up at night, but was so rewarding in the end.

What would you say was the most satisfying part of being an Membership and Operations Manager?

I think working with very passionate people and being a connector - whether through informal connections that people make at our conferences or more explicit direct connections that I might make between two people. I think being a connector in that way has been really satisfying - and it's not something I necessarily thought I did well. But I’ve learned how rewarding it can be. With EPIP, we really just provide that space - we’re the platform. But to see the fruits of our labor firsthand, when you see folks building long-lasting connections, is really satisfying.

What lessons and experiences have you learned from EPIP and philanthropy in general?

I still consider myself new to the world of philanthropy. I think it takes a really long time to understand how this field works. It is an inscrutable field and sector. I think I’ve learned that philanthropy holds a unique position because foundations can take chances that organizations can’t take in the private or public sector. I’ve also learned the importance of being fearless and how that attitude is necessary for any social justice work. Our members are fearless. They’re taking chances and exploring new challenges and stretching themselves. It’s inspiring to support that work. I’ve also learned that investing in people is so vital to organizational success. Be that in philanthropy, or any other sector. If you invest in people, especially in young people who have so much enthusiasm and just need an outlet, if you’re able to give them the latitude to be creative and take chances, it pays off.

What will you miss the most about EPIP?

The people! I learned so many valuable lessons at EPIP: none more important than the power of networking and extracurricular relationship-building. I used to think networking was a dirty word. My time at EPIP has completely shifted and changed that perspective. Networking is about building honest, meaningful relationships. I was lucky enough to be the center of this network and forge these worthwhile professional relationships that I wouldn’t have had the opportunity to forge otherwise. I love the people at EPIP. They are passionate and talented, and they are about the work. I’ve been lucky to be surrounded by such talented and smart people, to not only watch their work, but also absorb some of that knowledge and enthusiasm. Although I’m leaving, I’ve learned that you don’t just leave your networks behind - you stay in touch with these people. That’s the beauty of building a network.

What’s next for you, Michael?

I will be joining the Emma L. Bowen Foundation. It is an internship program for college-aged minority students aspiring to work in the media industry. My role there will be somewhat similar to what I’ve done at EPIP: developing the operations infrastructure and some of the network-building activities. It is aligned with what I’m passionate about, what I’ve done and what I continue to do. So, I am very excited to jump on board.

As we conclude, would you like to leave any feedback for us? For instance, where do you see EPIP headed?

When I started with EPIP, so much was in transition. Our staff was changing. New people, including myself, were joining. I worried about how we would be able to build the trust of our members with so many new faces on staff. I learned that EPIP isn’t really about the staff, but the work: the members, the connections, and the energy of the people. EPIP built it’s reputation on that foundation, and that doesn’t change. It’s an exciting time for EPIP. As the sector recognizes the need to be more explicit about supporting social justice and racial equity, and about supporting its people, organizations like EPIP become all the more essential. I think the sector will continue to recognize how important this work is. I’m excited to see what comes next.

This interview was conducted by our Communications and Research Fellow, Christie Saint-Vil.