Members on Issues: Does State School Reform Have a Democracy Problem?

Members on Issues is a new segment of the EPIP blog. Share Your Expertise or Reflections on the Issues of Today. We want to hear from you! We're looking for EPIP members whose work touches on justice issues in the public discourse today to contribute. Help our community put these in context and learn how they can act in solidarity with the people and causes you support. Please send your proposals to Biz at [email protected].

Does State School Reform Have a Democracy Problem? by Ashley M. Aidenbaum 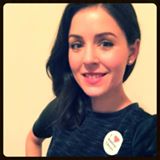 A couple months into my first job in philanthropy at the Skillman Foundation, I was assigned a very special project – helping to staff a coalition that was forming on behalf of Detroit schoolchildren. Tonya Allen, Skillman Foundation’s president & CEO, worked with leaders from Detroit’s business, civic and community sectors, educators, and parents to help bring together the Coalition for the Future of Detroit Schoolchildren. The diverse group of 36 members had three months to dig deep into the challenges and present recommendations to the governor and legislature. I was responsible for working behind the scenes to facilitate the Coalition’s research and help manage the production of its Choice Is Ours report, which laid out the scope of the challenges and recommended reforms that would improve the city’s troubled education landscape.

There was a mountain of problems to tackle. But the first thing I and all those involved had to do was understand the history of Detroit schools and how we got to this point.

I learned that under the emergency management of Detroit Public Schools, the locally elected school board has been essentially powerless for the last 15 years. And although emergency managers have been accountable for financial performance, there was no real accountability for academics. As an appointed official, an EM has no direct line of accountability to the people. This powerlessness extended beyond DPS, Detroit’s traditional public school system. With 80 percent of Michigan charter schools run by for-profit operators, presumably held to financial accountability above academic performance and other considerations (and again, with no local oversight). Detroit families had no one to turn to.

Before beginning the process of proposing new recommendations, a sort of therapeutic truth-and-reconciliation naturally unfolded. I listened to Coalition members – teachers, school board members, parents, and others discuss the emotional and practical toll these circumstances had taken. It felt as if they needed everyone in the room to bear witness – if only verbally – to what had experienced first-hand. The clock was ticking on our 90 days, but we had to ground ourselves in this historical and emotional truth. It created the shared space we needed to press forward.

While many of the problems with Detroit schools started long before emergency management, I still found the issue of long-term emergency management itself one of the most troubling circumstances surrounding Detroit schools, and at its core, a violation of civil rights. As Tonya Allen said to the Coalition (and repeated for the Michigan Legislature), “you can’t plant a good seed in bad soil and expect something good to grow”. There are some problems that are just so toxic that they permeate everything.

As someone relatively new to education reform, I assumed of the loss of local control over schools was another Detroit problem. I quickly learned, however, that this is not an anomaly to our city. A recent article in The Washington Post revealed a broader trend in struggling urban districts. Governors in Arkansas, Nevada, Wisconsin, Georgia, and Ohio are intervening in local schools, and in some cases authorizing sweeping powers in the name of reform. According to the article, which cited reporting from the Education Commission of the United States, 11 states have passed or debated legislation to create state-run districts in the past year alone.

At the helm, in many cases, are Republican governors who hail from a political party that is characteristically opposed to any circumvention of local control. And while the broader issue of emergency management isn’t squarely a partisan one (seven EM’s were appointed under Michigan’s democratic Governor Jennifer Granholm, for example), state takeovers have rapidly increased over recent years under GOP leadership.

Perhaps the most well-known example of state takeover is in New Orleans. At the 2015 EPIP National Conference, my group had the opportunity to tour a couple schools and learn more about the status of education post-Katrina. We heard from parents and students about some of the challenges. In cases like Louisiana, where a state takeover essentially converts the district to a charter system, I worry that this broader trend will become a more explicit existential threat to the future of public schools, which are critical to the promise of American democracy.

Indeed in Detroit, there are those who openly would like to see the public school district dissolved altogether. My concerns are not about being anti-charter or even anti-EM – there are about creating and protecting quality public schools as an option for American families. I am a product of public schools, as are my parents. My father, a Jewish immigrant from Argentina, stressed the importance of education to my siblings and me. I intuitively grasped that I had access to something that was critical to my personal mobility, and knew that it was a tremendous privilege that others were not always afforded. It offends my sense of justice that so many are being left behind in Detroit in this particular way.

The Coalition released its recommendations last March, and the debate that has followed since is helping me to appreciate just how polarized education reform is in our state – and how difficult it is to create change. While the majority of our diverse Coalition held together, outside a full-blown ideological battle was heating up once again. I saw these debates become vicious and personal. Worst of all, implicit in much of the rhetoric was a belief that Detroiters were incapable of running their own schools, and that Detroiters alone were to blame for where we are today.

The fact remains that state control of Detroit Public Schools the district has not improved the financial stability of the district, nor has it turned around academic outcomes for Detroit students. In fact, as the Coalition’s Choice Is Ours report states, 15 years after state takeover of DPS, student test scores rank worst out of all urban districts in the country. And, as the Washington Post article points out, state takeovers in other cities like Newark and Memphis are producing similar abysmal results.

I fear we are allowing a systematic dismantling of democracy for a too-often empty promise of academic improvement.

Local control of schools and access to a quality public education are essential components of self-determination in America today. I can only hope that leaders and lawmakers will press forward, act their conscience, and dig deeper into the state policies that contribute to emergency situations in local school districts in the first place.

Clearly, state government has a roll to play in ensuring children aren’t left behind. But ultimately, school turnaround is a painstaking and long-term struggle that community must lead.

The Coalition for the Future of Detroit Schoolchildren formed in December 2014 to produce a set of recommended solutions to improve Detroit schools for all children. The Coalition is an independent body that includes business leaders, education reform activists, parent leaders, teachers, principals, and union representatives. The Coalition’s work is focused on the city’s charter sector, Detroit Public Schools, and the Education Achievement Authority.

A two-page summary, 24-page report, and official recommendations are available at http://choiceisoursdetroit.tumblr.com.

Ashley M. Aidenbaum is an EPIP Member who works at the Skillman Foundation. Learn more about her here.