On the chilly Monday morning of March 6, 2017, Associated Grant Makers (AGM) convened a group of 75 representatives and leaders from foundations and other philanthropic institutions to begin the conversation surrounding philanthropy’s relationship to democracy and its role in the current political climate. The program was hosted at the Wimberly Theater in the Stanford Calderwood Pavilion at the Boston Center for the Arts, a space that is as beautiful as the name is lengthy. 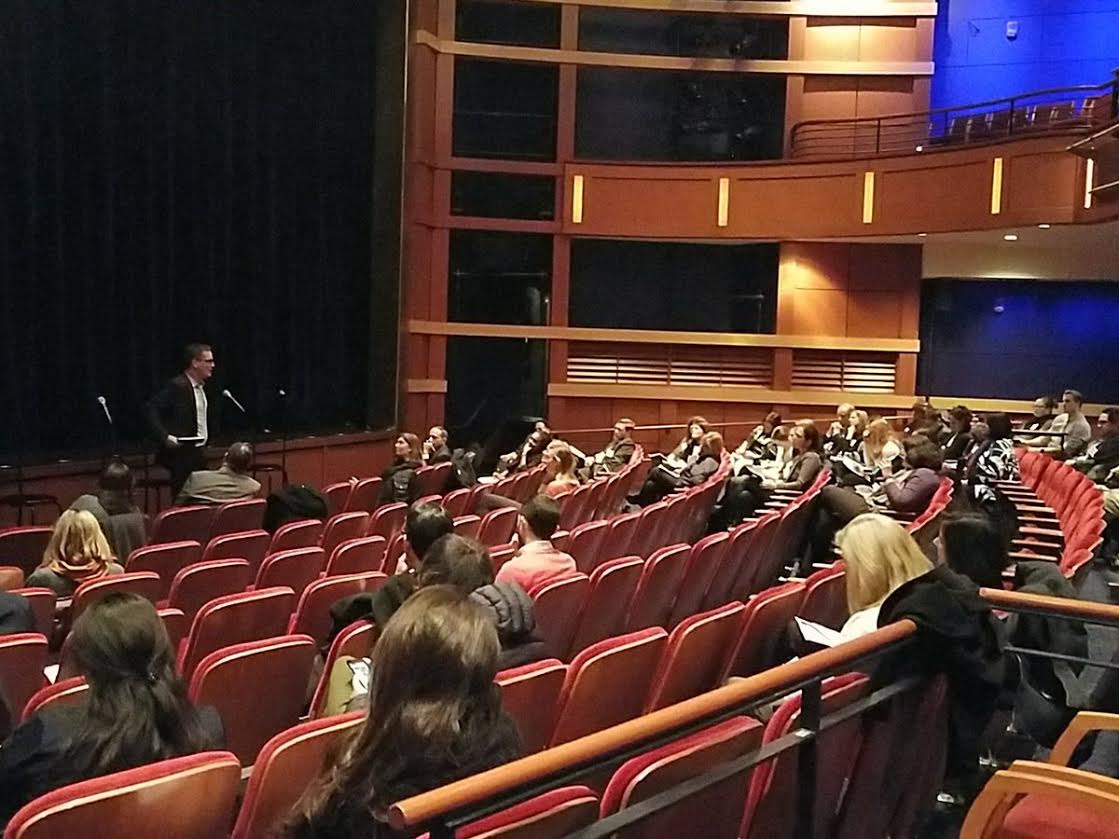 Issues of civil liberties, equity and race, immigrant and refugee populations, freedom of the press, counting the undercounted, voter rights, the repeal of ACA/Obamacare, tracking incidents of hate, policies impacting the sciences, climate and environment, proposals to eliminate agencies such as the National Endowment for the Arts, National Endowment for Humanities, and Public Broadcasting – these have all been raised leading up to and in the early days of the new federal administration. The goal of this conversation was to learn what fellow funders and foundation leaders are doing and to share updates and thinking on how this is or may be affecting funding strategies, if at all.

I have been working with AGM since 2013 and it has been my introduction to the philanthropic sector. As a regional association of grantmakers and nonprofits, we do not actually give any grants as part of our mission or programming. Rather, we keep a pulse on the current trends and best practices that affect our constituencies and seek to serve as a leading voice and bridge to better understanding, efficiency and impact in the sector. I joined EPIP Boston shortly after beginning my tenure with AGM, and it has been a valuable resource in making deeper connections among others getting their start in Boston’s thriving philanthropic scene. Ever since the election in November, I have been interested in hearing how different foundations are approaching or adjusting their strategies in this new administration, and how I can respond in my role at AGM.

A cadre of ‘conversation starters’ were cultivated to address the audience with their current actions, strategies and goals that have been enacted since November. Each provided their unique insights and priorities that their organizations have developed to address the shifting political landscape. Representatives from The Boston Foundation, Barr Foundation, The Klarman Family Foundation, The Island Foundation and The Center for Effective Philanthropy kicked off the conversation before opening it up to the audience. There were many different examples of both short and long term responsive actions, but the majority of contributions could be grouped into the following themes:

Stick to your Mission

In the current shifting landscape, there is a pressure and a desire to respond swiftly. A critical way to frame your work in a way that is less about a response to a political moment is to return to your enduring values that are essential to your existence as an organization.

Be Flexible and Open-Minded

With the understanding of the importance of the first theme, one of the core capacities that foundations possess is the ability to be flexible, to be nimble, to be adaptable and to be responsive to said shifting environment. As one foundation leader stated, the best grantmaking comes when acting “from emotion and from intellect.” The foundations that can strike the balance between the rigidity of strategy and guidelines and the flexibility of attentiveness to the environment that surrounds them have the opportunity to make the most impact.

One of the most resounding statements made during the conversation was the revelation that “What do you need” is not a question that is asked enough by funders to their grantees. In addition to listening to our grantees about their perspectives in these changing times, it is also important to acknowledge outside expertise in unfamiliar areas, and sharing our own expertise with others.  How do we continue to share information with one another in an appropriate, useful and helpful way? 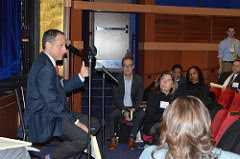 It was inspiring to hear leaders of our local philanthropic institutions grapple with the current state of affairs in such a frank and open manner. It was heartening to hear a call for collaboration and sharing of expertise. I was emboldened to look outside of my own comfort zones and encouraged to ask for help and guidance where others have succeeded before me. One of my biggest personal and professional fears is that of the “imposter complex.” The fear that one day, someone will finally expose me for not knowing everything I need to know about perfecting the complex ecosystem that is an effective nonprofit and philanthropic sector. Today, I feel much more comfortable saying “I don’t know” or “I’m not sure” and instead, simply listening to what others are bringing to the conversation. I look forward to hearing from you all as we work together to collectively shape the future of a healthy and vital region.