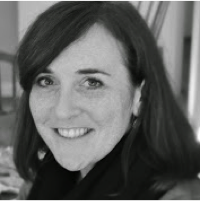 Julie Walther is the Chief Program Officer at Center on Halsted. She comes to Center on Halsted with extensive work experience in the nonprofit community both in program management and grantmaking. She has worked hard to expand access of factual, inclusive, sexual health education materials to young people. She has served on the board of organizations like Illinois Caucus for Adolescent Health, Crossroads Fund and the Chicago Public Schools Sex Ed Curriculum Review Committee. Prior to working at the Center, Julieserved as a Senior Program Officer with The Brinson Foundation and Girl's Best Friend Foundation, both private family foundations.

It is my belief the change begins at the fringes.  Smaller and/or family foundations are more able to try new things.  The bigger foundations are really stuck in deep entrenched processes where test pilots are not as easy.  Those people working in the smaller organizations could spend some significant time comparing notes and seeing how to streamline the field.

The second piece for me is to remember the funders have the power, use it to your advantage.  If there is a piece of work you want to see done that a grantee has proposed, YOU invite the funders to the table for a conversation.  Buy lunch and have the grantee at the table too. Leverage your relationships to push for change.  This is why networking and groups like EPIP are so valuable.

What comes to mind when you think about leadership in philanthropy?

Bravery, speak your ideas.  Generationally each group brings a lens to the table.  One cannot always see the world through others lenses.  We need each other. Listen carefully and think about why something was done in the past and why it worked or failed.  Filter that with the moment of time we are currently in.  Listen to the elders, learn from them and don’t be afraid to share your ideas too.

How do you know when it is the right moment to make a career change? When is it a good idea to stick it out? How does your career impact your social life?

Work-life balance is a challenge for everyone.  There is never a balance, just a lot of give and take.  I choose my work based on issues I believe in or skills l need to sharpen to push for the change down the road.  For example, working for Girls Best Friend Foundation (GBF) was about girls getting access and exposure to experiences they may not get in mainstream life.  And for the girls to be self-confident in themselves.  These were issues I could get behind (as a feminist and mother of two girls).  I was constantly challenged to think bigger and question systems the girls all moved through.

When GBF sunset and went out of business I needed a new job, so that transition was not entirely my choice.  I was invited to interview at The Brinson Foundation and learned through the process that this was going to be a fiscally conservative organization.  I never hid who I was, all my references knew I was issue driven.  Brinson took a gamble on me so I took a gamble on them.  It was in this time when I learned about Libertarianism, something I am not sure I would have done otherwise. The left and right have some common ground I would have never seen. I learned about how decisions are made.  At about two and a half years in, I know I would not be there forever.  Knowing I wasn’t going to retire from the organization gave me a “what do I have to lose” attitude, so I spoke up where I felt I could be heard.  In the end I know I was not being heard in the same light any more (the honeymoon phase was over) and that it was clear that I was to be working on strengthen the Libertarian causes.  At which time I realized I need to vest my energy at a social issue that I felt would make the world a better place. So I moved on.

What is something you wish you had known before taking the job?

That philanthropy moves like mud.  While change comes, it comes SLOWLY.

The amount of reading and writing might have scared me off at the beginning.  As time moved along I realized I was the advocate for the grantee.  It was my job to put forward groups that would fit the foundations interests but I also needed to help the grantees position their work.  I held the relationship and knew which groups were aligned and never felt badly about helping the organizations tell their story better.

What don’t they tell you about working as a grantmaker?

The power the role caries.  I was never funnier, smarter or dressed better than when I was working in philanthropy.  Everyone wants to be your best friend.  It can be hard to stay true when you are given way more admiration then you probably deserve.

I applied for the job at Girls Best Friend Foundation because of the “girls” part.  As naive as that was I really did not know the prestige foundation work carried.  I tried to keep that authentic view as often as I could.  Two mantras I told myself were; “The money is not mine” and “With great power comes great responsibility”.   It sounds cheesy but you can quickly think you have the right to tell grantees what to do.

Generally you are given a pair of “golden handcuffs”.  The salaries are good, the benefits are usually good, the workspace is often nice.  No one tells you that you have gotten too comfortable when the time comes to move to the next gig.

Isn’t it “easier” to be on the grantmaking side?

Not always.  For me the issue/mission is pretty important.  If you have to work against your values that can be really hard.  Finding the perfect role anywhere is near impossible, all jobs bring a set of challenges.  It is fun to give away someone else’s money and telling the grantee they are being funded, but that is only a small piece of the work.  You have to become very confident saying no and being clear.  You say no so much more often than yes.  It takes time to learn how to do this with respect and understanding for the person on the receiving side, who is often on the defense.

How did you mitigate or get over career roadblocks?

I left the job.  With much thought I had to figure out how I could do more of what I liked to do. When you have more bad days than good ones (anywhere in life) it is time to make the change.