EPIP DC | Incoming: Migration, Perspective, and the Power of Art

Posted by Melissa Monbouquette on April 10, 2020

In Richard Mosse’s Incoming, the artist filmed migrants from Syria, Iraq, Afghanistan, Senegal, and Somalia in a series of settings that feel both familiar and devastating. The humanity on display and the numbing regularity with which we see similar images in the news contribute to the familiarity; but the intimacy, scale, and trauma of Mosse’s images, filmed with a military-grade heat vision camera, coupled with Ben Frost’s haunting score of music, military sounds, and human voices, feel new and disorienting. The film is displayed on a immersive trio of screens that you can’t quite take in all at once, and the viewer has to choose where to direct their attention. It is difficult to watch, and it is difficult to look away.

On February 17, the District of Columbia chapter of Emerging Practitioners in Philanthropy (EPIP) organized a group outing and discussion to see Incoming at the National Gallery of Art. Whether by coincidence, or because we all felt we had something to learn, none of the members who attended worked explicitly in the field of mass migration or immigration. In many countries around the world, however, migration touches on every facet of our lives – whether it be the migrant workers who contribute to our agricultural production; the ethnic cuisines, culture, and linguistic influences of a global community; the overflowing refugee camps in Europe, Africa, and Southeast Asia; or the sharply divisive rhetoric from our leaders on policy and practice when it comes to immigrants, some of our most vulnerable community members. As we left, we found ourselves asking what we could do. How can we adjust our personal commitments and our professional philanthropic commitments to better take into account this massive movement of humans around the world?

I don’t have an answer for that now and I don’t think there is a blanket response – we must each make the choices that are right for us, reflective of the mission that we serve. However, several weeks later, the question lingers in my mind and is beginning to manifest in my work. The conversation that emerged from our visit to Incoming demonstrated the power of art and other mediums to reinvigorate a conversation. By shifting the way that we view scenes that have now become regular viewing, Mosse moved us to reconsider what we thought we knew and to shift the way we react. Philanthropists have long understood the link between art, culture, and society – but we have room to grow. We can be so much better at creating ties with equity, policy, and systems change. Let’s keep elevating the conversation.

Richard Mosse: Incoming was on display at the National Gallery of Art through March.

Stay up to date with EPIP DC’s activities by signing up for our newsletter here. 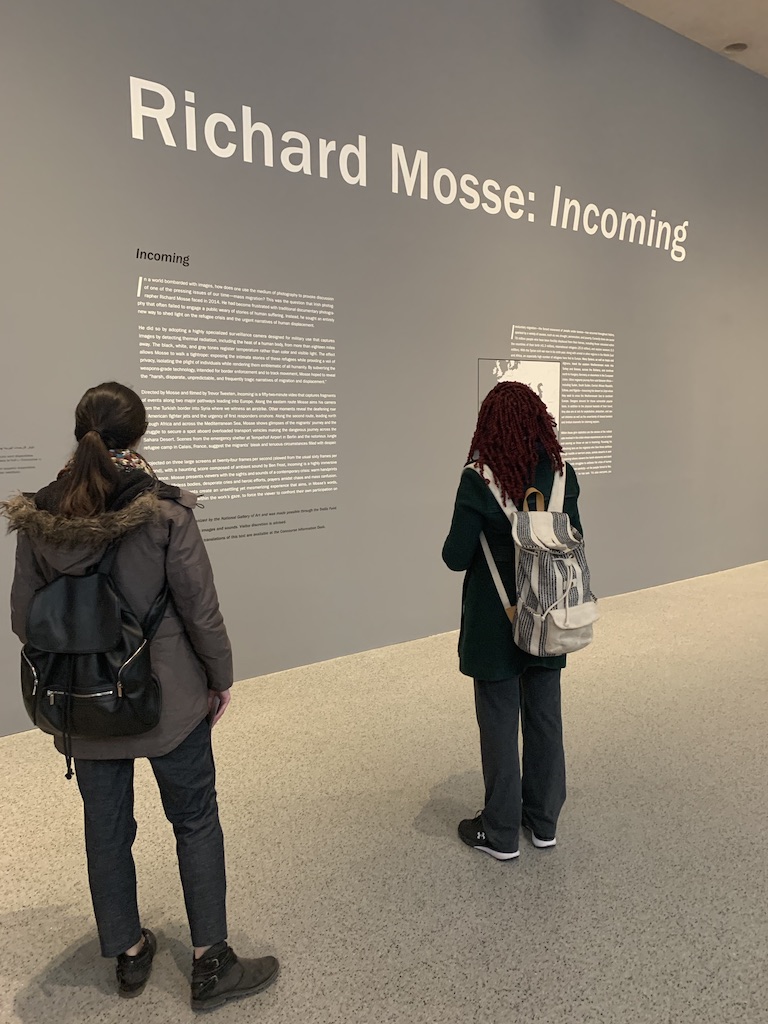