EPIP DC Breakfast: A Conversation on Hunger with Patty Stonesifer

Join us for a candid conversation with Patty Stonesifer, the President and CEO of Martha’s Table. We’ll talk a about Patty’s phenomenal career path and her much-discussed transition into nonprofit leadership with Martha’s Table. The focus of our conversation will be on the state of hunger in the Washington D.C. region and Patty’s vision of ending hunger for all children. We’ll learn about the work that is being done to feed children and families in our community and provide sustainable solutions to poverty!

This event is open to EPIP members only. 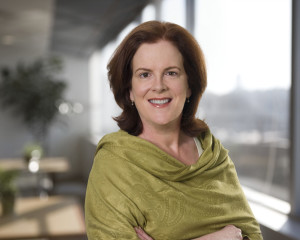 Patty Stonesifer is President and CEO of Martha’s Table, a non-profit organization in Washington, DC focused on providing food, nutrition, education and other supports to help individuals and families break the cycle of poverty. Patty previously advised business, nonprofit and government leaders on strategies for reducing inequity, and was appointed in 2010 by President Obama to serve as the Chair of the White House Council for Community Solutions. In 2012 she completed her term as Chair of the Smithsonian Institution Board of Regents. In the ten years prior, she was the founding CEO of the Bill & Melinda Gates Foundation. She serves on the Smithsonian Board of Regents, the National Museum of African American History and Culture, and is a member of the Circle of Allies and Champions for the National Council of Young Leaders, an Advisory Board Member for America Achieves, an Advisor for Hope Street Group and is on the Executive Committee of RaiseDC.

Before joining the Gates Foundation, Ms. Stonesifer spent two decades working in technology, with her final role as Senior Vice President at Microsoft Corporation leading the consumer and interactive products division. She is on the corporate board of Amazon.com.