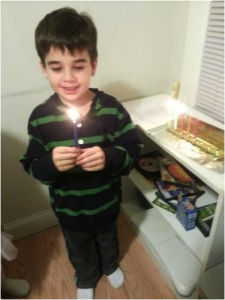 I still remember the day my family relocated to the quaint New England town of Sandy Hook, Connecticut. It was a sticky summer day in July of 2005. Sandy Hook was the epitome of the “suburbs”: beautiful, spacious homes, endless amounts of trees, and friendly residents. To many, it was the ideal place to raise a family.

There are many adjectives I could use to describe life in Sandy Hook before December 14, 2012. Unsafe was not one of them. Until that day, gun violence was never on my radar. I made the same mistake that so many Americans continue to make today — I assumed that gun violence would never affect my family. I would have never, in my worst nightmare, considered the possibility that my little brother would lose his life in his first grade classroom, along with nineteen of his friends, his substitute teacher, Lauren Rousseau, and five other brave, selfless educators.

There are very few positives that come out of losing a family member in the most horrific way imaginable. In the days and weeks following the tragedy, I felt hopeless. It took months before I could finally see the light at the end of the tunnel — a light that many other family members of victims and survivors have began walking towards. That light at the end of the tunnel is the change that will inevitably fall upon this country.

The shooting at Sandy Hook was a call to action for moms, dads, teachers, and young people across the United States. While I wish I could say the same for Congress, the profound effect that Newtown had on so many Americans has not gone away. In fact, grassroots organizations such as Everytown and Moms Demand Action have gained nearly 2 million members since the Sandy Hook massacre, and more and more Americans are demanding change.

“Change” has several different meanings in relation to the gun violence prevention movement. Mass shootings are not the only type of gun violence that I seek to prevent. The effects of everyday gun violence, particularly in large urban areas such as Chicago, are devastating, and it is something that the American media does not talk about enough.

There are many different elements that are instrumental in this movement. Strength, courage, and bravery are just a few of them. Aside from the inspiring dedication and perseverance of so many Americans, philanthropic efforts have played a key role. Former New York mayor Michael Bloomberg’s generous donations to this cause have made it possible for Everytown to make enormous strides.

Many Americans have donated something more valuable than money to this cause — they have tirelessly and selflessly donated their time to this movement with one goal in mind: the safety of our communities. They are the ones lobbying Congress and telling politicians what they need to hear: Enough is enough. They are the ones who will not stop until something is done. Together, we will achieve our goal of creating a safer America for current and future generations.

Originally from the Northeast, Danielle Vabner is now a Journalism student at the University of Texas at Austin. She is also a summer intern at Everytown for Gun Safety, and plans to stay involved in the gun violence prevention movement throughout her college career and beyond.