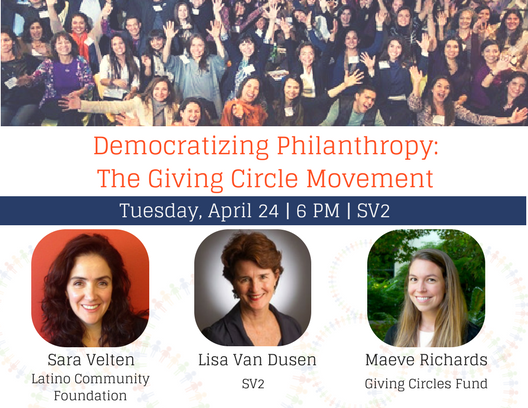 The collective giving movement is on fire! In the past decade, giving circles—collaborative groups of donors who pool their resources to support organizations they are passionate about—have tripled in size, engaging more than 150,000 donors across the nation and granting over $1.29 billion. At their core, giving circles are redefining who gets to be a philanthropist by allowing everyday people to collectively decide where to invest funds, while allowing them to be a part of a movement of donors and changemakers. Join us on April 24th at Silicon Valley Social Venture Fund (SV2) to learn from philanthropic experts about how giving circles are changing the face of community philanthropy and how you can join this growing movement.