Check out our Eventifier and Storify pages, which capture highlights from the JAG Unity Summit. We especially love this one put together by our friends at the Women’s Funding Network.

Watch the JAG video that played at the Summit, highlighting 20 years of advancing equity together 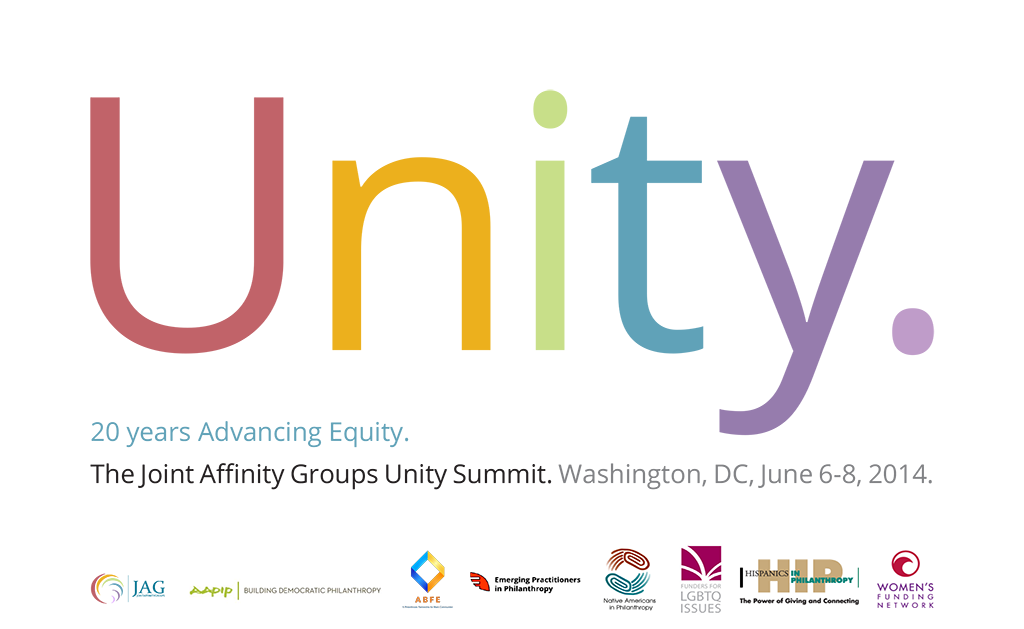 EPIP HQ would like to recognize members of the 2014 Planning Committee. Join us in thanking them for their leadership!

1. What is the JAG Unity Summit?
EPIP joined forces with JAG to host a game-changing conference on equity this spring from June 6-8, 2014 with the purpose of creating shared strategies for advancing equity, assessing equity work and developing a new vision and plan for collaboration. By Advancing Equity Together, JAG is uniting its members and others in the field to build a new vision for collaboration to advance equity in society (addressing race, gender, sexual orientation, and disability).

2. Who/What is JAG?
Founded in 1993, JAG (Joint Affinity Groups) is a network of collaborating affinity groups engaging over 20,000 professionals, who are committed to equity and social justice. The following organizations are members of JAG:

5. Did EPIP members design and lead workshops for EPIP Unites as we have done for previous conferences?
Yes! EPIP members were invited to submit ideas for workshops and sessions. The session lineup is here.

6. Did EPIP host a Chapter Leader Gathering (CLG) this year at the Unity Summit?
Yes! The annual CLG was held on Thursday, June 5th from 11AM to 5PM at the Renaissance Washington, DC Downtown Hotel.